Organised You | Tackling the transition from office to home
15121
post-template-default,single,single-post,postid-15121,single-format-standard,ajax_fade,page_not_loaded,,qode_grid_1300,footer_responsive_adv,qode-child-theme-ver-1.0.0,qode-theme-ver-17.2,qode-theme-bridge,qode_header_in_grid,wpb-js-composer js-comp-ver-6.10.0,vc_responsive

Tackling the transition from office to home 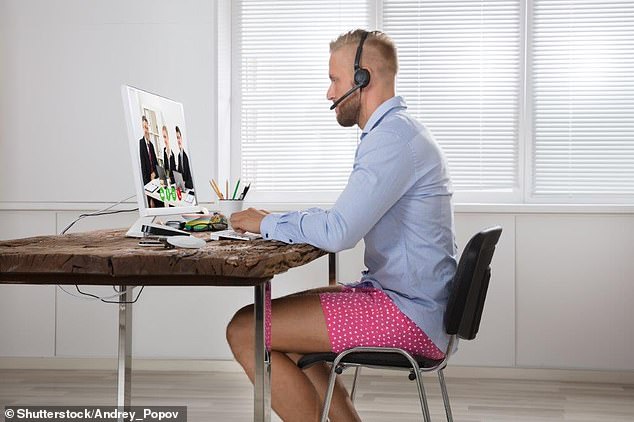 24 Mar Tackling the transition from office to home

Posted at 18:28h in Blog posts by Karlene Rivers

Remote working isn’t a new phenomenon. In fact back in 2017, Small Business predicted that half of the workforce would be working from home by 2020. However, little did anyone know though, that unprecedented events would result in most of the UK being advised to work at home where possible.

If you’re new to homeworking, it may come as a culture shock and it may be hard to establish a routine, but fear not. We have a number of tips for tackling the transaction to ensure you (and your staff) can work as efficiently as possible.

Set aside a space

If your home used to be safe haven when you returned from work in the evenings – away from the pressures of work – then (part of) it still can be. Have a set workspace, even if it’s not an actual office, that is separate from the areas that you use for day-to-day life, rather than balancing a laptop on your lap on the sofa. Not only is slouching in a hunched position really bad for you physically, as it puts a strain on your lower back, neck and spine, which leads to long-term effects on your posture. But also, it will prevent you from distinguishing clear lines between personal and working time, which will leave you feeling unproductive during both.

One of the perks of working from home is the ability to put on washing, walk the dog, grab a cloth and polish the dusty section of skirting board that has just caught your eye. And that’s all before you’ve even opened up your social media pages or checked the latest news headlines. But before you know it, this never-ending list can become a major distraction to important work. In fact, it often becomes a way of procrastinating when there’s an ‘eat that frog’ task that really needs to be completed in order for you to move on to other tasks throughout the working day.

Instead of turning to housework (or online browsing), make the conscious decision to adopt a manageable structure – for instance the 1-3-5 rule – whereby you tackle one difficult task first, then three medium-sized tasks, then five small tasks before the day is over.

At Organised You, we follow the 50/10 plan, where we spend 50 minutes at our screens immersing ourselves in really focused work, and then 10 minutes away from our screens, putting on that load of washing, walking around and stretching, or making a well-deserved cup of tea. And yes, if you really need to check your social feed or tune into the news momentarily – then this is the time do it.

Make the most of family time

Whether enjoying a stroll with a loved one, or if you’re a working parent occupying (or teaching) your children at home, then it’s important to enjoy the time that you’re spending with your family. If you’re concerned there aren’t enough hours in the day, go to bed early, get up early, and do a couple of hours of solid, focused work before the family is up and about, or work a little later in the day when they are in bed. Try to leave an hour of screen-free time between finishing work and going to sleep if at all possible.

Pick up the phone

In a world where we rely on devices for everything – from ordering the shopping to downtime on social media – it’s easy to rely on email and messaging during work hours, too. But when you’re suddenly in an environment where you’re not seeing anyone face-to-face, it can become quite lonely, quite quickly. As humans, we are inherently social beings, and although we may not be aware of it, science has shown we thrive on social interaction with others. Spending all day every day without any form of social interaction can be more detrimental to our health than we realise. If you’ve got a quick question, don’t just instant message. Instead, pick up the phone and have a chat with a fellow worker who is most likely also stuck at home, and just as lonely.

For some of us, ‘performing’ on video is our worst nightmare, worrying that our colleagues will be scrutinizing our every move, or our background surroundings. However, in reality, just like you, they are most likely focussing their thoughts on effective homeworking themselves. And the added benefit is that you can keep wearing your slippers (or even pyjama bottoms). After all, who will know?!

Remember, we’re all in this together, and simply checking in with colleagues – smiling, waving, telling jokes – can really lift our spirits and keep us motivated for the rest of the day. That’s the social being in us.